Recently, I had the misfortune of having my son in the hospital for several days.  While he is ok now, 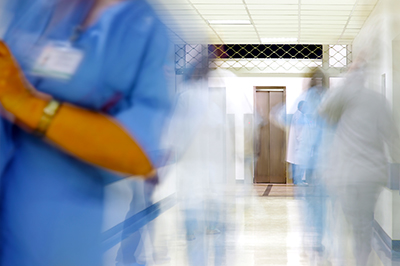 it was quite an experience.  There were many aspects of what transpired during our stay that directly relate to business, and how NOT to deal with clients.  Perhaps most don’t think of hospitals as a business, but make no mistake, they are.  Here are some of the observations:

While there were many well-intentioned doctors and nurses who cared for my son, it seemed to me as though they never spoke with each other.  They clearly operated in silos – each had their own opinions and procedures.  It gave me the feeling that nobody was looking at the big picture.

Does your business have multiple touch points with your clients?  Does everyone understand the big picture or are they just focused on their piece of the work?

We had a parade of different nurses/residents assigned to us.  Every new shift we had to “retrain” our nurse on what works for our son.  The burden was on us instead of them!  Think about that every time there is turnover on your team.  Is the transition seamless?  Are you putting your customer in the position where they are bringing your team up to speed?

We had many people involved, yet there was no clear lead in giving direction.   I didn’t know who to trust and who was in charge.  It was difficult speaking to a doctor only to find out they had to defer to another doctor.  Where do your clients go if they need help? Is it difficult for them to navigate the maze that is your organization?

Even though there was a binder kept and updated on my son and his care, nobody seemed to look at it before engaging with us.  At one point, a young doctor told my wife that he doesn’t have time to read it.  That’s great – very reassuring.  Is your team putting their best forward? Are they prepared for their calls with clients or prospects?  As simple as it sounds, this is a real differentiator.  Few take the time to do the extra work necessary.

They made their internal issues ours

Amazing to watch these doctors and technicians argue amongst themselves while my son was in pain.  They even dragged us in to it and told us their issues.  We had an anesthesiologist tell us that she’d never give her child the medication that was given to my son.  Nice…  Don’t make your internal issues client issues.  News flash – they don’t care!  It is unprofessional and detracts greatly from credibility.

It would have been good to know what was coming next so that we could prepare for it.  No one in the hospital walks you through the process. While it is possible that a health issue might make the process somewhat fluid, there are certain things that will be standardized procedures.   When you onboard a client, is there a warm handoff to the onboard team?  Does someone walk them through what to expect as the process unfolds?  If you’re quick to yes, you may want to ask the clients how THEIR experience was and how it could have been better.

Extraneous people are added to the process

This happens for THEIR good not that of the patient.  Too many people kept walking in the room and bothering my son with things that had no bearing on his treatment.  One person came in and wanted to do a study on him.  It wouldn’t affect the treatment and would make him more uncomfortable.  Really?!  Another time, nursing students came in and asked how he was doing?  They did it because they needed to for school.  They offered no value to the healing process and just served to further annoy us.  Do they not care that several other nurses and doctors had just been through?!  Look at YOUR team.  Are you confusing the clients with a team that is too large and adds no value to THEM?

There were many lessons to be learned from this.  Look at how your client teams are operating – before your business ends up in the ER.